Just about everything we do as we carry on our lives results in climate pollution. Every gallon of gas we burn in our internal-combustion car produces about 30 lb of carbon dioxide equivalent. Each therm of natural gas we use to keep our house warm or take a hot shower produces about 17 lb of carbon dioxide. Each MWh (1,000 kWh) of electricity we use results in from 400 to 2,500 lb of carbon dioxide, depending on where we live. Climate emissions occur every time we order something from Amazon, not just from delivering the product but from extracting materials from the earth, processing them and manufacturing the product. Globally, all of human activity is adding about 34 billion metric tons of CO2 to the atmosphere each year. When we add CO2 to the atmosphere, it stays there for centuries; scientists call it a stock pollutant. What matters is the cumulative amount we have put into the atmosphere, not the current rate of emissions. 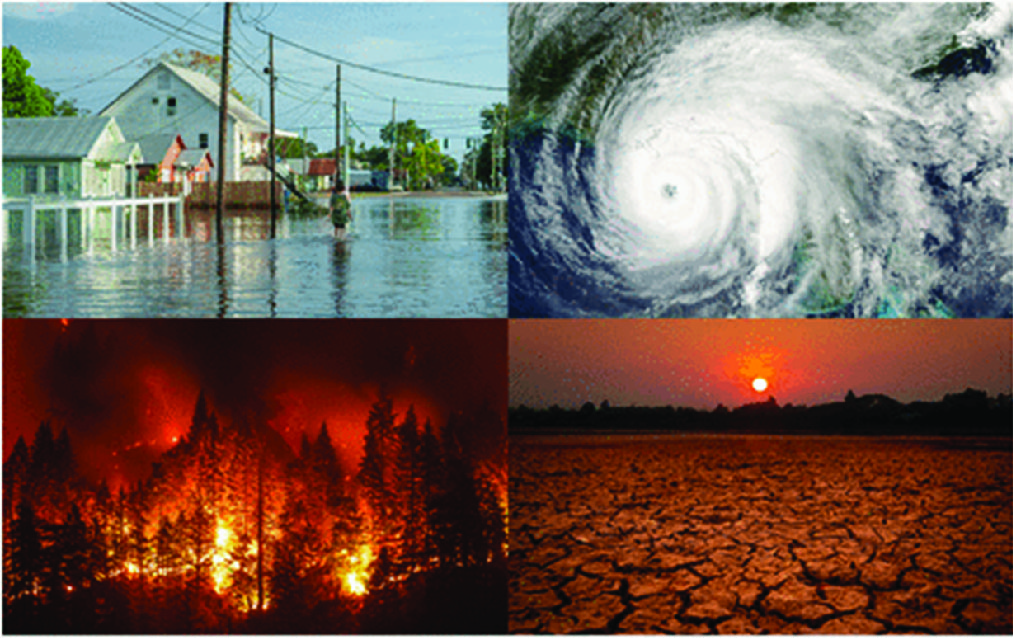 Climate pollution has a cost to society, although we don’t pay this cost as we pollute. This makes it an externality. By definition, an externality is a cost resulting from one party’s actions that is passed on to others. The “others” in this case are future generations. We are polluting today at the expense of our children and grandchildren, creating a problem of intergenerational equity. In doing so we are violating religion’s golden rule of “doing unto others [future generations] as we would have them do unto us”.

The cost of climate pollution will manifest itself as parts of our world turn into desert, as coastal communities build walls to hold back rising sea level, as flooding increases from more moisture in the atmosphere, as wildfires increase in intensity and geographic coverage, as agricultural productivity declines, and as pathogens find improved conditions and mutate to threaten human health. Parts of the world will become uninhabitable, displacing millions of people from their homes resulting in climate-caused migration and increased conflict.

Estimating the cost of climate pollution to society is not easy and estimates range widely. Just because it is hard to estimate the damages from climate pollution does not mean we should ignore them. As the courts have ruled, the costs are clearly not zero and should be accounted for by federal agencies.[1]  As result, an Interagency Working Group (IWG) of the federal government was formed in 2008 and charged with the task of estimating the social cost of greenhouse gases. The group published its first estimates in 2010. These were updated in 2016 and again in 2021, although the work of the IWG suffered a political setback between 2016 and 2020.[2]

There are two analytic approaches for estimating the social cost of GHGs. The method used by the IWG is to estimate the marginal environmental and social cost from a small release (1 metric ton, 1,000 kg or 2,204 lb) of CO2 or an equivalent amount of other GHGs. This cost can also be considered the monetary benefit of reducing emissions by one metric ton of CO2. The second method, used by New York State as a check, is to estimate the cost of carbon abatement, e.g., how much would it cost to eliminate a metric ton of carbon emissions at the margin.

The IWG has relied on integrated assessment models (IAM).[3]  These models are integrated because they span multiple disciplines, including economics, climate science, energy systems, land use, agriculture, infrastructure, governance, conflict, and human health. While imperfect, these models provide important guidance on policy and regulatory decisions. IAMs look at the relationship between human systems and the natural environment. Human systems are having an impact on the natural environment and as the natural environment changes, it has an impact on human systems, including our food supplies, human health, and our economy. Of interest in estimating the social cost of GHGs, human systems are adding climate pollutants to the atmosphere which is causing global warming which results in climate change, and this change is proving costly to human systems. 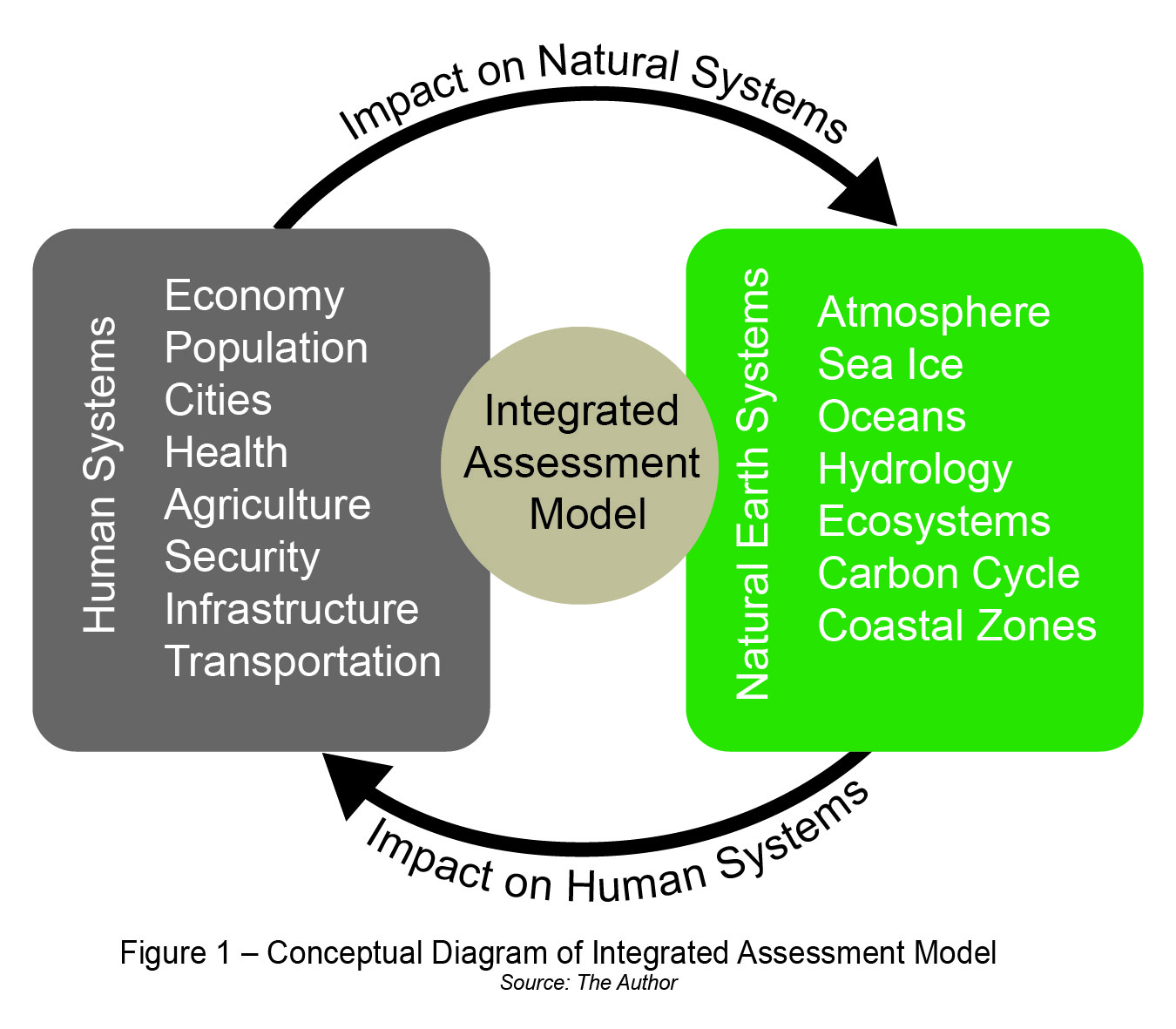 As you would expect, the models are quite sensitive to assumptions made about economic growth, population, and many other factors. Each input to the model is not a single value but a range of possible values that lay along a frequency distribution curve. Likewise, the model produces not a single estimate of damages and related costs, but a range of possible damages that also lay along a frequency distribution curve.

Another important factor is how much future damages are discounted. A discount rate is commonly applied to financial decisions, but it also applies to future damages from climate change. Each additional metric ton of CO2 that we put into the air right now will cause damages this year, but since CO2 lasts for centuries, the damages from this single pulse of pollution will continue well into the future. It is common practice to discount future damages at a rate of 3% for regulatory and policy analysis.

Figure 2 shows the range of damages that result from a metric ton of CO2 released into the atmosphere in 2020. At a 3% discount rate the average damages are $51/ton, but they could be as high as $152/ton if the high end of the estimates proves to be.  A metric ton of CO2 released in future years will result in even larger damages (compared to 2020) as shown in Table 1. 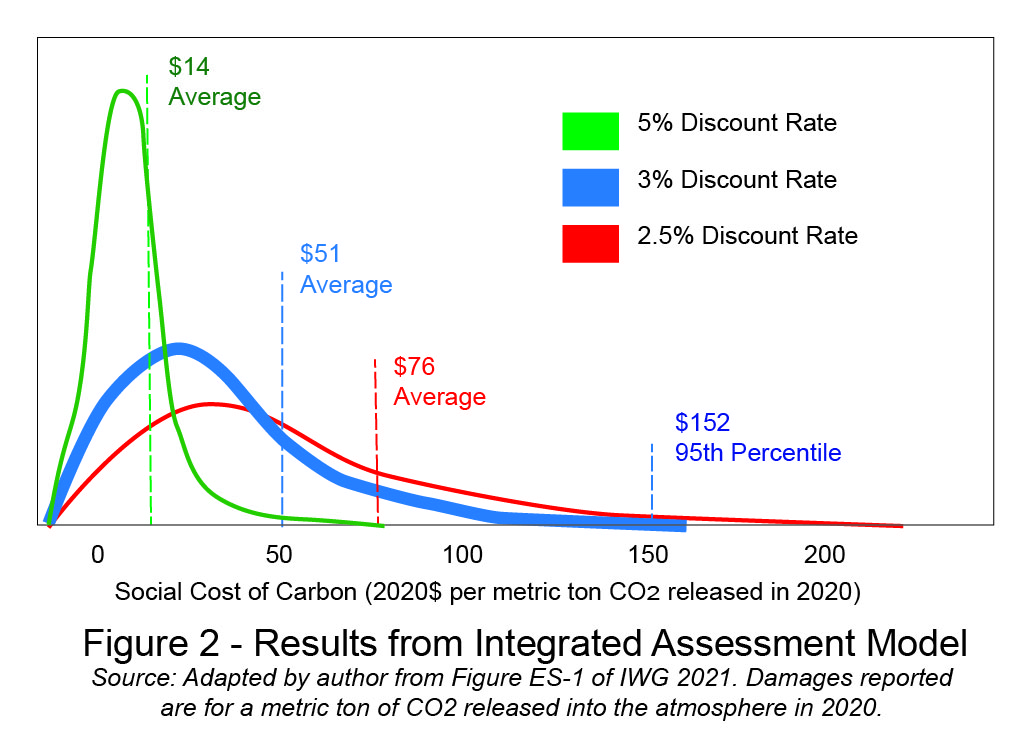 Figure 2 and Table 1 show damages for a metric ton of CO2, which is the dominate greenhouse gas, but other greenhouse gases are also causing damage and result in a social cost. In particular, a considerable amount of methane (CH4) is released into the atmosphere as natural gas and other fossil fuels are extracted, refined, processed, and delivered to powerplants and buildings. An equal mass of methane has a global warming potential more than eighty times greater than CO2 when considered over a twenty-year time horizon. Nitrous oxide (N2O) is another significant greenhouse gas that results from the combustion of fossil fuels and it is more than 250 more potent than CO2. The IWG also produced the social cost of these greenhouse gases, in addition to carbon dioxide. The social cost of methane emitted in 2020 is $1,500 per metric ton and the social cost of nitrous oxide is $18,000/ton. Click here for a discussion of global warming potential.

Including the social cost of greenhouse gases in what we pay for electricity would increase the price by as much as $53/MWh ($0.053/kWh) in the dirtiest electric grids and only $8/MWh ($0.008/kWh) in the cleanest grids. We would pay $0.56/gallon more for gas and $0.34/therm more for natural gas. These estimates are based on a 3% discount rate and an average of the possible damages. If damages are at the high end of the estimated range (3% and 95th percentile) a gallon of gas would cost $1.66 more per gallon and a therm of natural gas would cost $1.00 more per therm (about doubling its cost). The range for electricity would be $157/MWh ($0.157/kwh) in the dirtiest grids and $23/MWh ($0.023/MWh) in the cleanest grids.